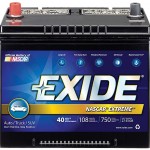 The battery and alternator are the heart of the electrical system, and today’s vehicles demand more and more power to supply voltage to all the accessories, bells, and whistles. The alternator is the device that delivers electricity to the battery. There is a voltage regulator built into the alternator to only provide the current when it is needed and to not exceed the electrical system limits. Too much current can cause serious damage to electrical components and shorten battery life.

At Automotive Artistry, we test the battery for capacity to hold a charge. We also test the alternator to see if it is producing enough current to keep up with the demands of the electrical system, and we test to see if there is current being drained off of the electrical system when the vehicle is not running. These are called parasitic drains and will eventually run down the battery if they are excessive.

Usually when there is a problem with your alternator, you will see a light in the shape of a rectangular battery on most car makes. Other signs of a probleminclude stalling and the battery is dead, or a continuously battery going dead problem. Alternators were originally engineered by Chrysler to improve ongenerators back in the early 1960s. Generators only had one charging terminal per 360 degree rotation where alternators are designed with three internal charging terminals to be a much more efficient unit for modern loads in electrical systems.

Your alternator supplies current to all portions of a motor vehicle’s operation including power windows, lights, audio sound systems, computers, videosystems, electronic ignitions, and anything which requires electricity running through the wiring so it is most important to have it in optimum charging condition.

If you have a defective cable or wires connected to your alternator, we are cabable of replacing the cable or wire after testing it in the system.

If you think your alternator is going bad, we can diagnose it. At Automotive Artistry we can accurately diagnose alternator and other electrical problems.